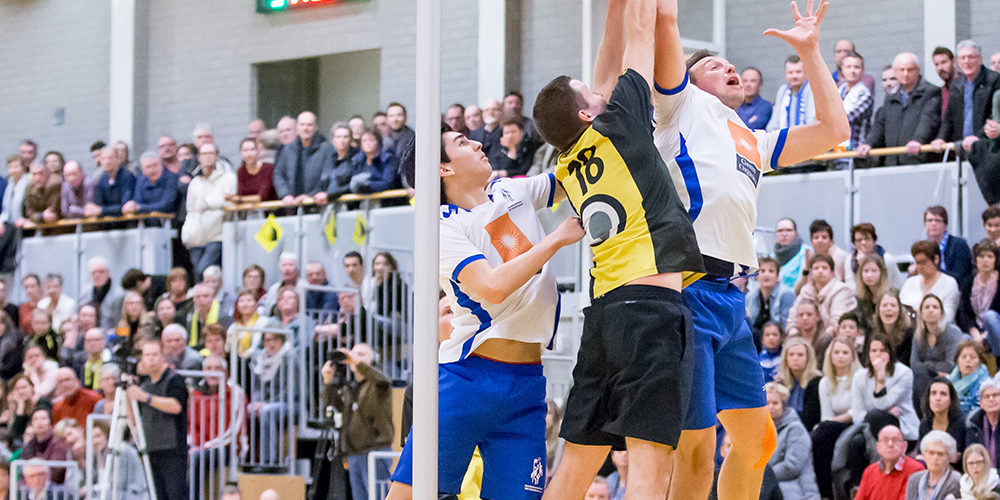 For many years, Green Organics has been the proud main sponsor of netball club Wit-Blauw/Green Organics in Kampen. Thanks in part to the financial contribution made by Green Organics, the club can, among other things, attract skilled coaches who enable the club to perform at a high level.

‘Maintaining the club building, activities to thank volunteers for their efforts, party events for the members, game afternoons, the youth camp – the list goes on’, says Wijtze Velema, board member and chairman of the Wit-Blauw/Green Organics sponsor committee. ‘The association cannot pay that purely and solely from the contribution of our 240 members. That is why we are very happy with the involvement of Green Organics.’
Sponsoring also provides stability in the sporting field. ‘It’s an amateur sport, but we play in the sub-top, the transition class. This is subtop level. Our trainers analyse videos of the opponent, which is all very professional. Thanks to the sponsorship we can pay good coaches.’
Wit-Blauw turns 100 years old in 2020. ‘We are one of the oldest netball clubs in the country. All this time we’ve been playing in the subtop. That’s a unique achievement.’ In addition to main sponsor Green Organics, there are also board sponsors and advertising sponsors, and some teams also display a company name on the back of the shirt.

Unite
The goal of the club is to unite people. ‘The netball court is an extension of real-life education for the youth. It is the only sport in the world where men and women play together in one team. That also gives a different dynamic to the sports canteen than, for example, a football club.’

Green Organics
The association and Green Organics have agreements in place. Just as Wit-Blauw has made uniting members the number one priority, Green Organics wants growers in the organic sector to work together. Both parties also consider healthy and responsible to be of vital importance. ‘We are working on a smoke-free generation. That means no more smoking around the courts and changing rooms. And in our canteen we also offer healthy items such as fruit and vegetables, besides chips and a croquette.’

Talent
Wit-Blauw is proud of the large number of youth members who train and play just as fanatically as the adults. Among those youth members are also two children of Jan Groen (entrepreneur Green Organics). ‘Niesèt (22) has been selected and is captain of Wit-Blauw/Green Organics2. Together with D1, she became Dutch Outdoor Netball Champion and with C1, Dutch Indoor Netball Champion. In addition to that, she and her team(s) have played various other regional and national championships. Noa, also a daughter of Jan, is 14 years old and plays in B1. Partly due to the enthusiasm of those girls, Green Organics is extra connected to the club. Jan can be regularly seen there both as a proud father and supporter.’

Future
If the club had to make the choice between playing at the highest level and the solidarity of the club, the latter would be chosen. ‘We’ve discussed growing to the very highest level, but that also means that you have to attract outside players for the positions of current players. That undermines the sense of unity. In fact, we now have everything we want: we play at a high level, in a way that makes the entire club happy.’